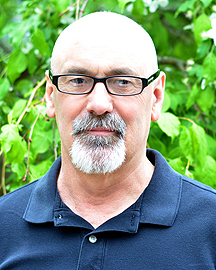 Bill attended Rhode Island College and Berklee College of Music. He plays rock, jazz, and classical music among other genres. He enjoys playing drums, flute, and the bassoon.

He plays regularly with the Fall River Symphony, the Classic Winds Woodwind Quintet, local orchestras, and smaller ensembles, and enjoys performing in a variety of musical styles. He is the director of the Jazz Band for the Gordon's seventh and eighth grades, as well as founder and director of the Percussion Ensemble elective the fifth and sixth grade percussion workshop and the director of the after school music lessons program.