The eighth grade travels to Georgia and Alabama 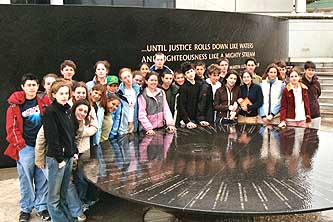 Last week, Gordon’s eighth grade traveled to Georgia and Alabama as the culmination of their study of the civil rights movement. This was the third year for the trip, which includes historic sites as well as opportunities to meet figures from that era whose work for justice extends to the present day. 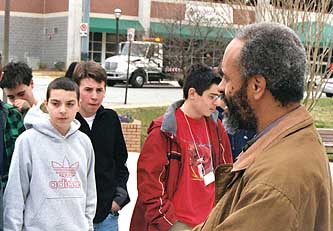 On Tuesday, students reported to T.F. Green airport at 4:45am. This early start gave them a full day in Atlanta. Students met Professor Barry Lee, of Morehouse College, at the Auburn Avenue Research Library on African American Culture. Lee taught them about the history and the future of the Southern Regional Council, and toured them through the historically black, single-sex colleges of Morehouse and Spelman. 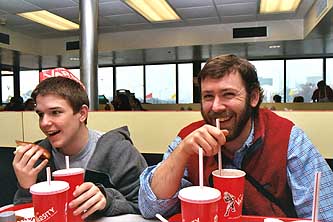 Lunch was at the Varsity, an Atlanta landmark for family dining. Throughout the trip, meals gave students a window into southern culture, from the waffles served with fried chicken to some of the friendliest service these northerners have ever experienced. 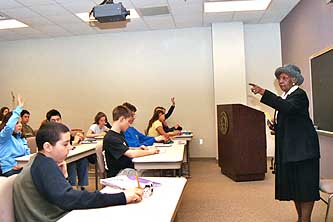 Wednesday morning found the students in Montgomery, Alabama, where they met with veteran activist Johnnie Carr at the Rosa Parks Library and Museum. An old friend of Rosa Parks, Carr remains committed to teaching about civil rights even as she approaches her 94th birthday. 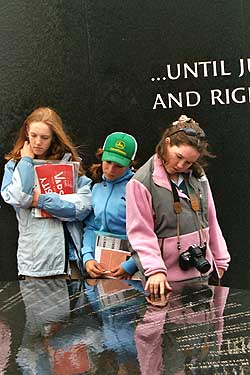 Montgomery is also home to the Southern Poverty Law Center and its Civil Rights Memorial. Designed by Maya Lin, the Memorial uses water and granite, the names of activists and the words of leaders, to honor civil rights efforts from throughout the twentieth century. 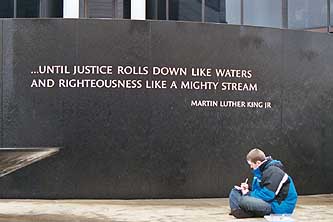 Students’ notebooks suffer a lot of wear and tear on this trip. Their constant journaling provides the basis for longer essays they create upon their return to Gordon. Students then read these reflections out loud for each other and their families at a reception in early March. 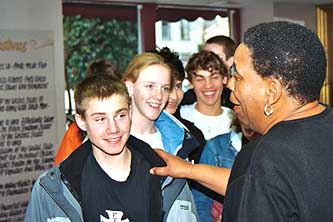 On Wednesday afternoon, the students traveled to Selma, where Joanne Bland of the National Voting Rights Museum toured them through the city. Bland has been an activist in Selma since the marches of the 1960s, and her warmth, humor and conviction has made a deep impression on Gordon students since the school began making this trip in 2002. 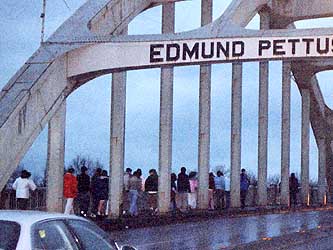 Later in the day, students ventured out in the rain to walk across the Edmund Pettus Bridge, retracing the steps of marchers who clashed violently with police in 1965. 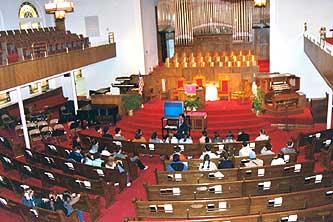 Thursday was spent in Birmingham, and students visited the 16th Street Baptist Church, where four young girls were killed in a bombing in 1963. The church was a popular meeting place for organizers in the 1960’s, and today it serves a vibrant congregation. 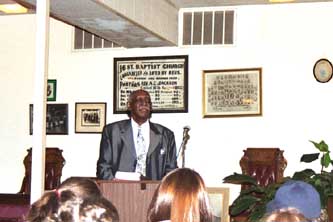 In the church basement, students heard from Colonel Stone Johnson, who worked for community leader Reverend Shuttlesworth during the protests of the 1960s. One of the themes of the trip, reflected one Gordon teacher upon her return, was the importance of the “foot soldiers” like Colonel Johnson. “The leaders were necessary for the movement,” she said, “but when you listen to the people we met you realize that the leaders got a huge push from all of the people who were behind them, supporting them. 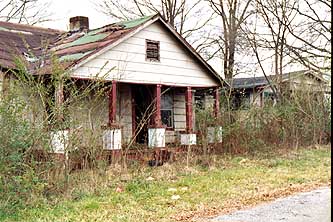 On Friday, students explored the state of community activism today in Anniston, Alabama, where industrial and military plants pose enormous threats to the environment. On their way to meet with local leaders, students drove through neighborhoods where PCB levels ran so high that residents abandoned their homes to flee the health risks.

After traveling back to Atlanta, students had a chance to catch up on their journals at the King National Historic Site. That evening, they departed for Providence, arriving home after midnight. Since returning to Gordon, students have been carefully comparing notes, trading pictures, and framing their memories of the trip. This period of reflection is important. Judging by the experience of the previous two eighth grade classes, these students will look back on those four days – and the work that led up to them – as an experience that defines their time at Gordon...

Leading the conversation
Trust, honesty and hard work
Open air since day one