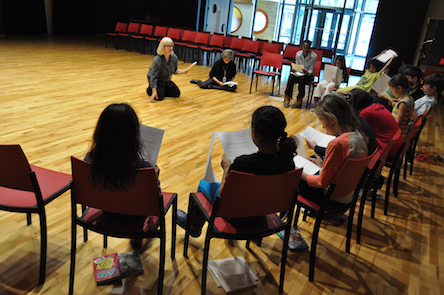 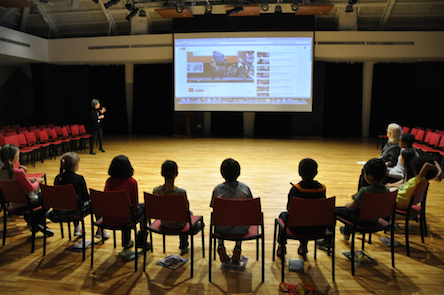 And they watched some videos of double dutch jump rope. 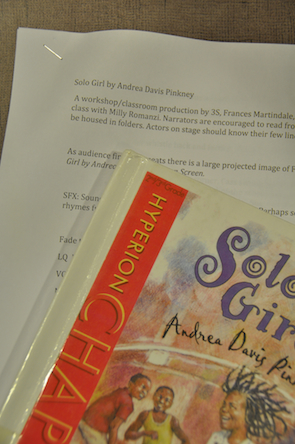 One of Gordon’s librarians had adapted Andrea Davis Pinkney’s Solo Girl for the stage. 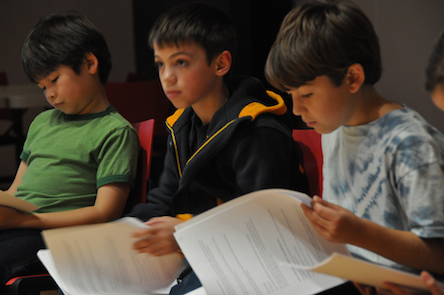 When Ms. Pinkney arrives on campus in November as the eighth annual Karla Harry Visiting Author, many people are going to want her attention. 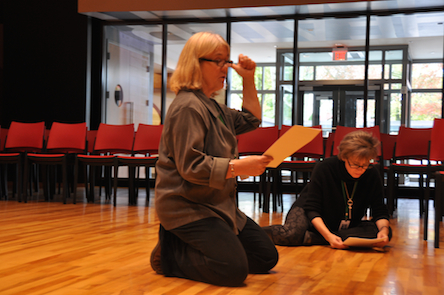 Over the four days she is at Gordon, she will be talking about her work with all three divisions. 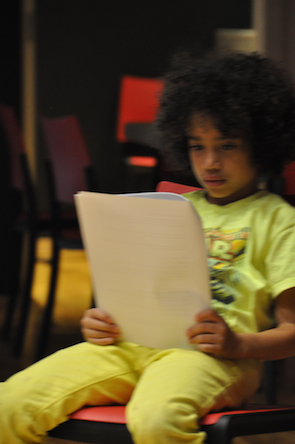 She will lead conversations with each grade in the Middle School (where the summer reading list boasted a full page of her books). 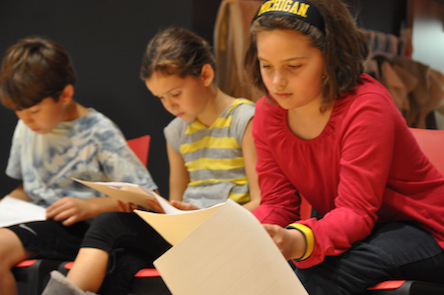 She will sign books for the public at the GCA Book Fair. 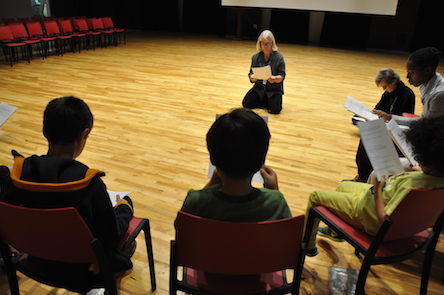 It’s nice to know that, for at least a little while, she will sit back and let these third graders entertain her. 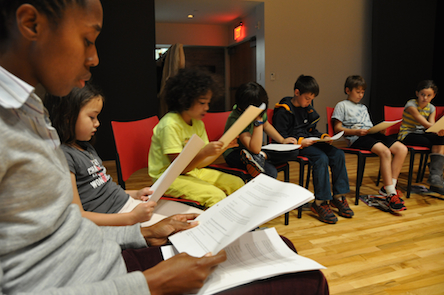 Andrea Davis Pinkney is the New York Times bestselling and award-winning author of more than thirty books for children and young adults, including picture books, novels, works of historical fiction and nonfiction.

Her recent nonfiction work, Martin & Mahalia: His Words, Her Song, is a NAACP Image Award nominee.

Hand in Hand: Ten Black Men Who Changed America is the recipient of the 2013 Coretta Scott King Author Award medal, and was named a New York Times Notable Book and a Chicago Public Library “Best of the Best.”

In addition to her work as an author, Ms. Pinkney has had an illustrious career as a children’s book publisher and editor. She has launched many high-profile publishing and entertainment entities, including Hyperion Books for Children/Disney Publishing’s Jump at the Sun imprint, the first African-American children’s book imprint at a major publishing company; the hugely popular Cheetah Girls series, and the teen book Serving from the Hip by world-class tennis pros Venus and Serena Williams, an Oprah featured selection.

Ms. Pinkney is currently Vice President, Executive Editor at Scholastic. She was named one of the “25 Most Influential Black Women in Business” by the Network Journal, and is among “The 25 Most Influential People in Our Children’s Lives” cited by Children’s Health Magazine.
The Karla Harry Visiting Author program is an annual event, established in 2007 and supported by the Karla Harry Visiting Author Fund. It is held in memory of a beloved Gordon librarian, administrator and parent. For more information, and links to previous authors, see www.gordonschool.org/visitingauthor