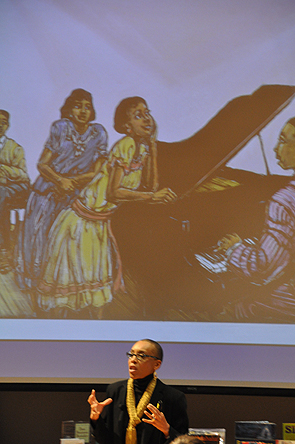 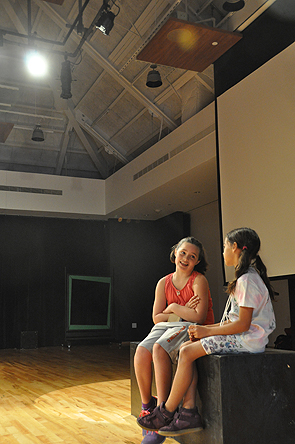 She was treated to a performance of an adaptation of her novel Solo Girl. more on this project
Double dutch jumproping figures heavily in the book, so the audience watched the video above as they waited for the performance. 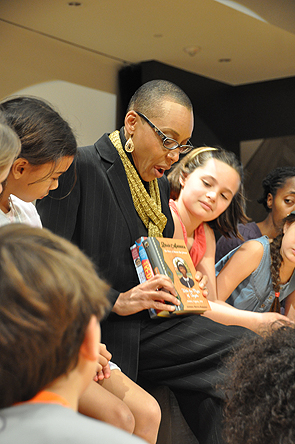 After the show, Ms. Pinkney joined the third graders onstage to field questions from the audience. 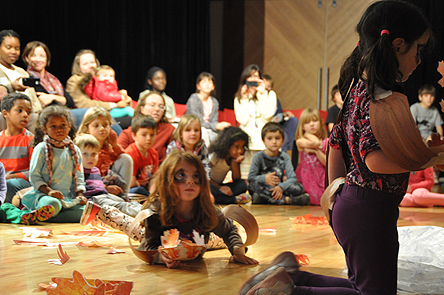 Lest anyone think that Gordon only does this kind of page-to-stage project for special guests: the Kindergarten came into the theater later that day to perform The Chippy Play, an original script based on three chipmunk-related titles: Chipmunk Song by Joanne Ryder, Chipmunk at Hollow Tree Lane by Victoria Sherrow, and How Chipmunk Got His Stripes by Joseph and James Bruchec (Joseph Bruchec was the 2012 Visiting Author). 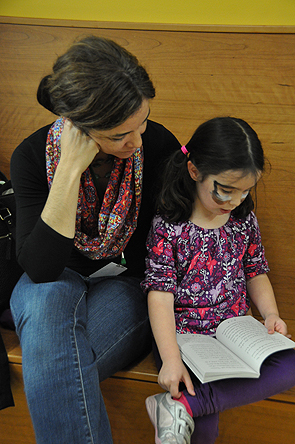 Still in their stage gear, several actors hurried to the GCA Book Fair afterward.
The Book Fair began today, and runs until six pm on Tuesday, Wednesday and Thursday.
Andrea Davis Pinkney will be signing books at the fair today and tomorrow, Nov. 18th-19th, from 2:45-4:45pm, and Thursday Nov. 20th from 3:30-5:00pm.

Students’ families are welcome to attend her presentations Early Childhood students on Thursday, 10:30-11:00am.

More photos of the third grade performance are online.
Craft and create
Jul 22 2022