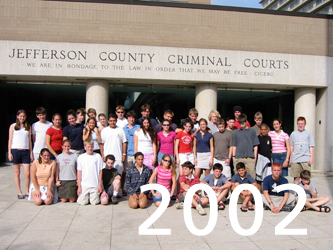 Since 2002, Gordon's eighth graders have traveled down to Georgia and Alabama as part of their study of the Civil Rights Movement. 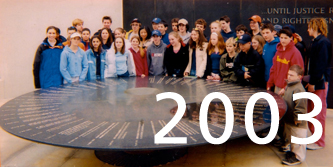 The trip is a culmination of the eighth grade curriculum that looks at the role of the individual in society, focusing on twentieth century US and European history. 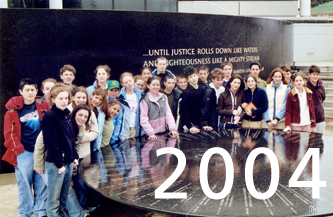 There are a few stops, like the Southern Poverty Law Center, Dr. King's tomb and the Edmund Pettus Bridge, that are a part of every year's itinerary. 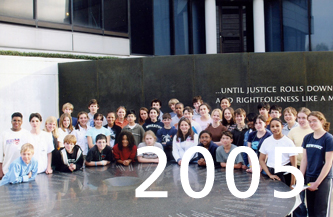 But each year, there are also tweaks and additions to the experience. 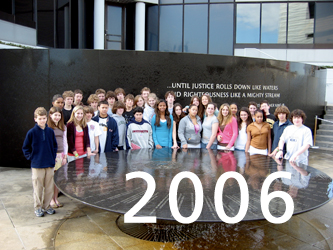 In 2004, students met with environmental activists in Anniston, Alabama. 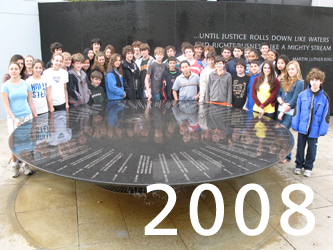 In 2012, students toured the archives at Trenholm State Technical College. 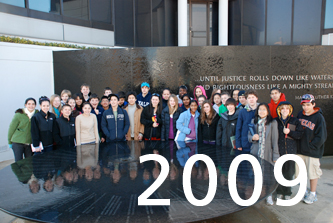 This year, students skyped with Freedom Rider Jamer Zwerk in the weeks before the trip, and visited the Montomery bus terminal where Zwerk helped make history. 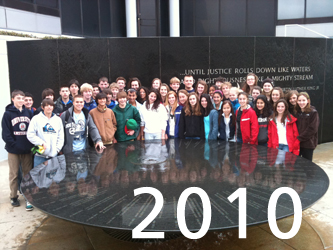 The trip is subsidized by two endowed funds, the Bready-Lapides Eighth Grade Educational Trip Fund and the Class of 2003 Museum Admissions Fund, established in 2003. 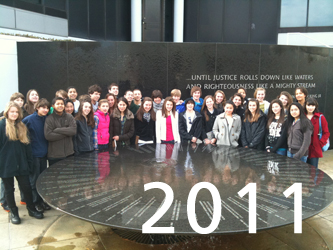 These are two of forty-eight named endowment funds Gordon has, part of a total endowment of $8.2 million. 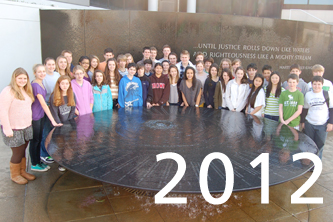 Gordon's endowment is a long term investment; gifts to the endowment remain with the school as principal, and the interest from that principal is used to support the school’s programs. 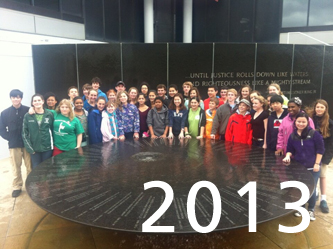 The Gordon experience of today is fueled by gifts made in the past.
This is how the Civil Rights Trip is subsidized, as well as initiatives that touch all 412 students in all three divisions, like the Britt Nelson Visiting Artist, the Karla Harry Visiting Author and, increasingly, Gordon's annual financial aid budget.
Roughly every ten years, Gordon embarks on a capital campaign, a fundraising effort to build endowment and improve facilities.
Capital campaigns brought many now-familiar changes to Gordon: the move to 45 Maxfield Avenue, the Nelson Field House, the Joukowsky Family Library, the Mann Early Childhood Playground, the Chace Middle School Building, the art studios, and the Sharp Early Childhood Center.
The Second Century Campaign initiatives will once again transform Gordon's campus, enhancing each child's academic experience for generations to come, and the Board of Trustees and Campaign Steering Committee look forward to sharing those objectives with families and friends on the evening of March 6th.
RSVP at www.gordonschool.org/secondcentury
Leading the conversation
Trust, honesty and hard work
Open air since day one