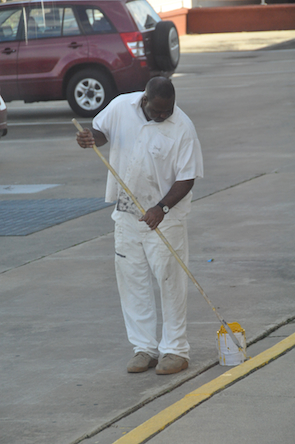 Like Selma, Montgomery was caught up in preparing for the celebration of the fiftieth anniversary of Bloody Sunday. 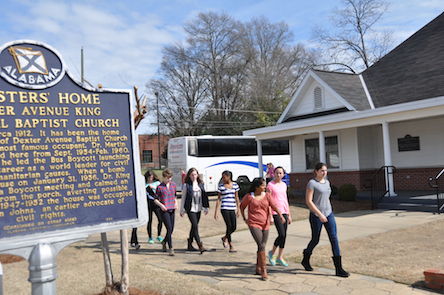 It had the air of homecoming weekend, which meant plenty of opportunities for serendipitous connections for the Gordon visitors. 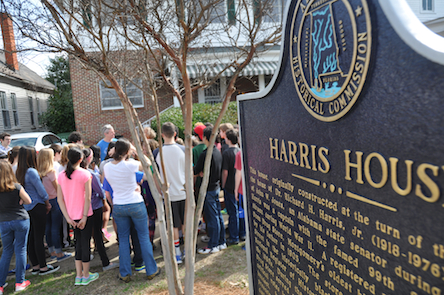 When the bus stopped on South Jackson Street, to see where the King family lived, one of Dr. King’s neighbors was standing on the sidewalk. 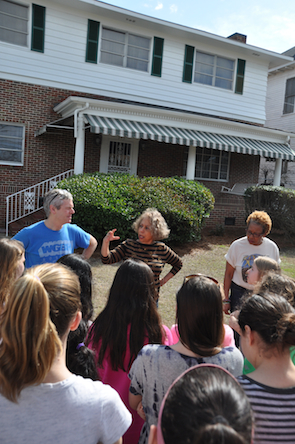 She took a few minutes to share some stories, which began like so many others on this trip had begun: “When I was just about your age…” 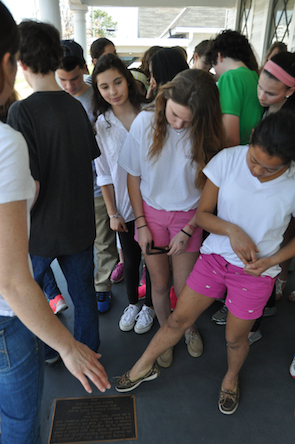 The porch on King’s house bears a plaque where a bomb exploded during the bus boycott; King’s words in the wake of that incident calmed a volatile crowd, and served as many people’s introduction to the idea of nonviolent resistance. 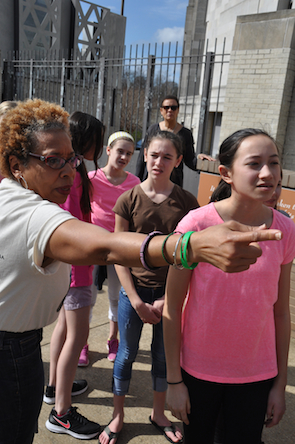 On another sidewalk, students reflected on another violent event: the midday beatings that a mob delivered to John Lewis and his fellow Freedom Riders during their effort to desegregate Greyhound bus terminals. 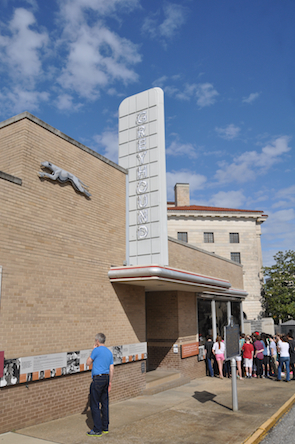 The street was quiet, and many of the buildings were the same as in the old photos, making it a little easier to picture the bizarre and frightening scene. 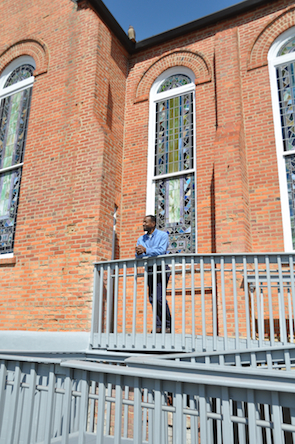 The victims of those beatings took refuge in the First Baptist Church on Ripley Street. 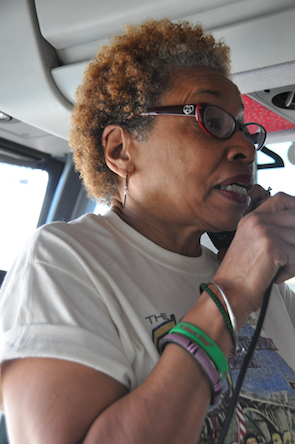 Turning around the bus in the church parking lot, Gordon’s tour guide spotted the pastor, Reverend Morris, resting by the back entrance with his assistant. 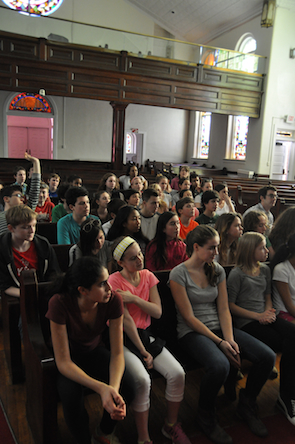 She stopped the bus, hopped out and wrangled an invitation to visit the church - the first time that Gordon’s eighth graders had made it inside in fourteen years of visits to Montgomery. 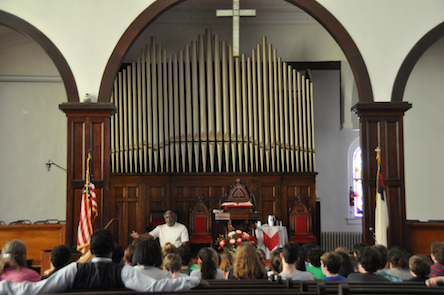 Inside, Reverend Morris reminded the students of the dramatic events held in the sanctuary, including the 1961 siege when fifteen hundred worshippers were held inside overnight by a mob of three thousand angry whites. 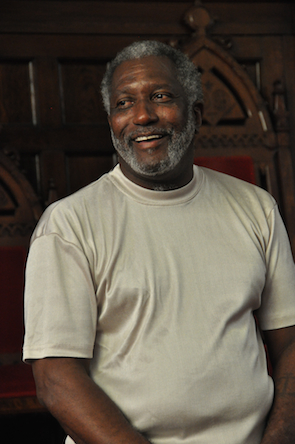 Reverend Morris had been leading the church for forty-three years, and, as he joked with assistant, he did not seem as concerned about passing the torch of social justice to a new generation. 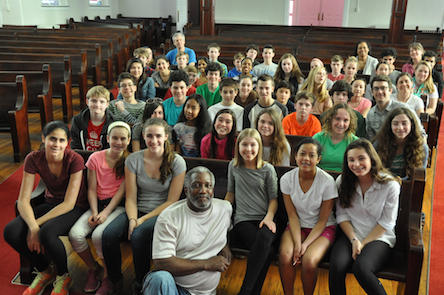 Instead, he expressed empathy and concern about the challenges the Gordon students will face, in a multicultural America heated by friction that goes far beyond, in his estimation, the problem of dismantling black-white segregation. 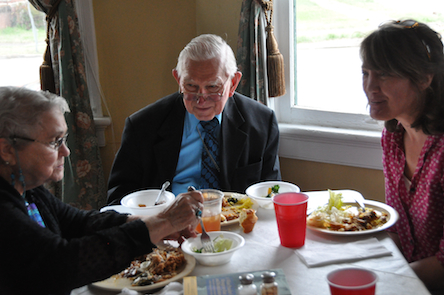 At the next stop, the Reverend and Mrs. Robert and Jeanie Graetz filled in some of the details in this picture of an increasingly complex social justice movement. 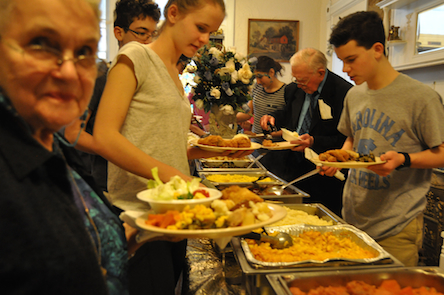 The setting was Odessa’s Blessings, where students feasted on a gorgeous buffet of fried chicken, collard greens, mac and cheese, ham and pineapple, peach cobbler, banana pudding and cornbread. 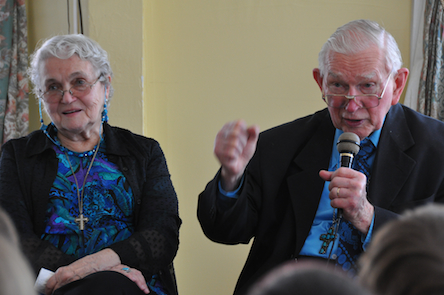 The couple were forthcoming with stories from the Civil Rights Movement, when Rev. Graetz was Rosa Parks' pastor and Dr. King’s colleague, and their family’s house was first on a list of places that local white resistance wanted to bomb. 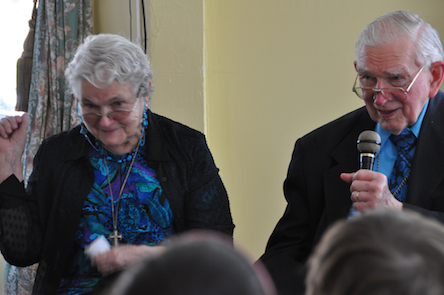 But they were careful to set those years in a larger context, where it was fighting anti-semitism awakened Rev. Graetz to the problem of racism, and anti-racism work led directly into fighting for women’s rights, gay rights, and the rights of the differently abled. 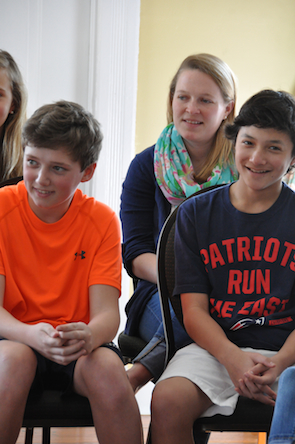 They also kept their stories human and down-to-earth, talking frankly about the experience of losing old friends when they took up new causes, of making brave choices together, and of remaining responsible and protective parents even when they knowingly put their children at risk. 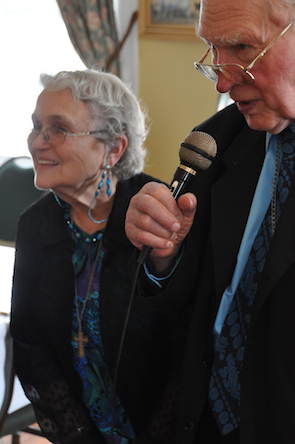 In their marriage, they explained, he was the one who was ready to face death, and she was the “Pollyanna” who believed things would keep working out for the best. 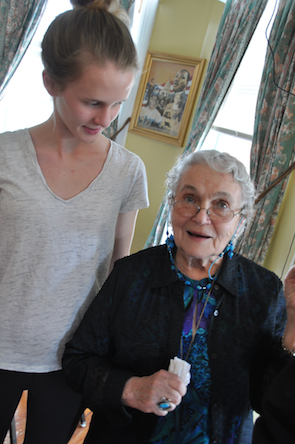 Mrs. Graetz continues to look forward; she is being awarded her graduate degree - in Elementary Education, no less - from Alabama State University in May.

After the presentation, Rev. Graetz tallied all of the fiftieth, sixtieth, and seventy-fifth anniversaries coming up over the next decade. 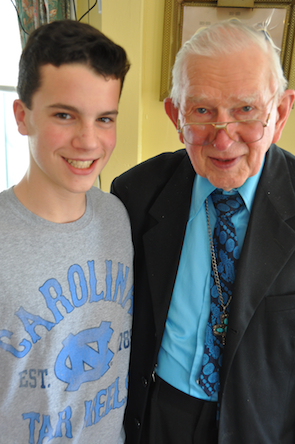 I won’t be around in ten years, he laughed. 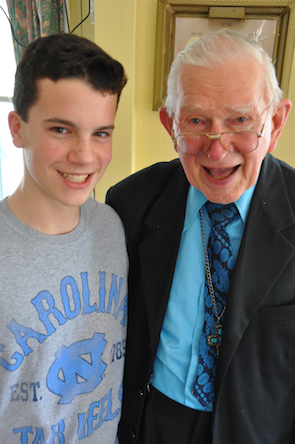 But that’s ok, he said. You all are going to take over.
many more photos from day three
back to day two of the trip
ahead to day four
the full story of Gordon's annual Civil Rights Trip
The Book Fair is online
Voices of gratitude
The Turkey Trot goes schoolwide