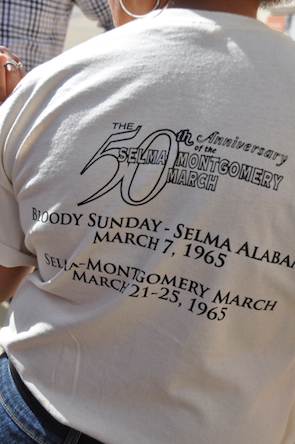 The sites and the people that Gordon's eighth grade encountered on this week's Civil Rights Trip are now in the international media this weekend.

Outlets from Al Jazeera to Fox News are devoting generous coverage to the fiftieth anniversary of the Bloody Sunday police attacks in Selma, Alabama, and how it connects to contemporary news.
A sampling of faces and places students met on day two and day three of the trip: 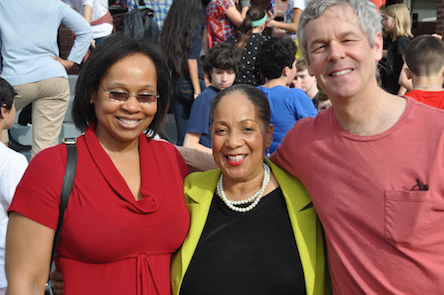 Students spent the afternoon with Sheyann Webb-Christburg (above, center) on Tuesday; she told her story to BET later in the week. link

As students learned Tuesday, Viola Liuzzo pierced Sheyenne Webb’s ears in 1965. Liuzzo is better remembered as the white Michigan housewife killed by the Ku Klux Klan, criticized after her death by the reader’s of Ladies’ Home Journal, and portrayed by Tara Ochs in a recent movie.
One of several stories covering Students UNITE, the group that Gordon students were introduced to at Brown A.M.E. Chapel on Tuesday. link 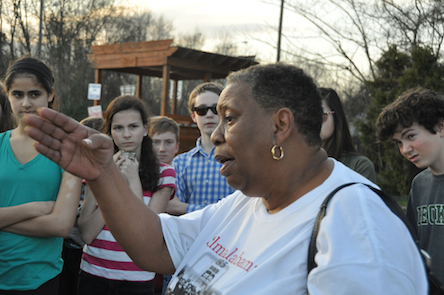 Joanne Bland (above) is arm-in-arm with President Obama in a photo accompanying an NPR story today. Students met Bland on Tuesday, on the sidewalk where police confronted marchers fifty years ago today. The story also has a photo of Obama speaking at Brown A.M.E Chapel, which students had visited earlier that day. link

Joanne Bland shares her memories in this Reuters video. link 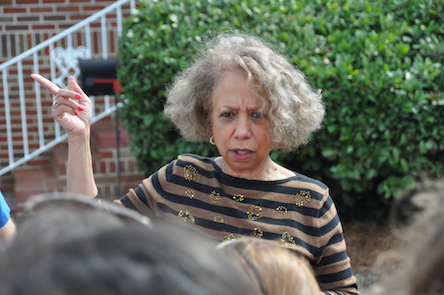 Joanne Bland is woven into this Bloomberg News article on Selma today, and Valda Montgomery (above), the King family’s neighbor who Gordon students met on Wednesday, is one of the voices in the video embedded on that page (beginning near the 2:00 mark). link 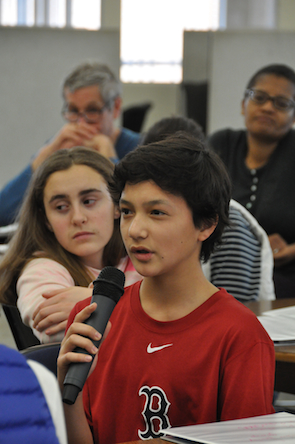 Contemporary police brutality and selective law enforcement were discussed at every stop of this year’s trip. Today, the Guardian spells out many of the connections between this weekend’s anniversary and this week’s Justice Department report on Ferguson. link
The entire trip can be reviewed at www.gordonschool.org/civilrights
Leading the conversation
Trust, honesty and hard work
Open air since day one