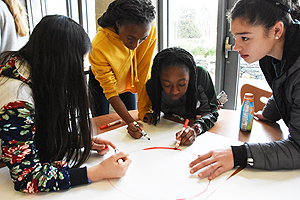 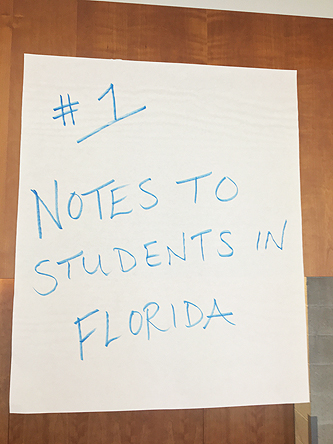 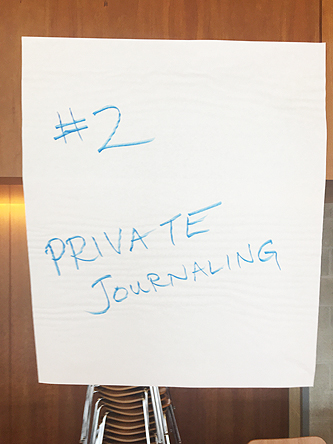 In response, their advisors collaborated on a workshop for today's long advisory, with a variety of concrete action steps students could take. 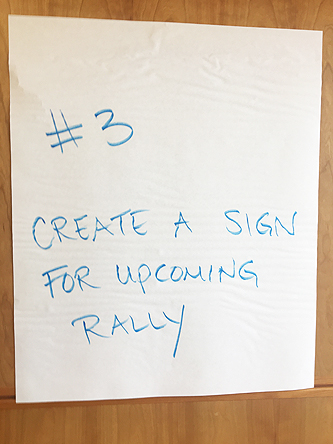 It's the kind of quick, thoughtful response that students can expect in a school like Gordon. 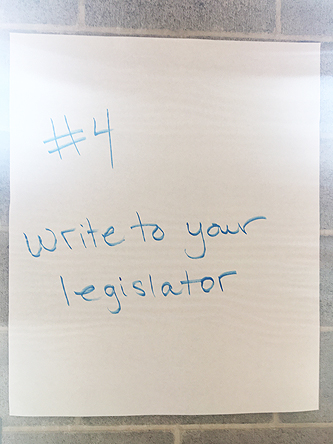 Current events are woven into Gordon's curriculum, in age-appropriate ways, every week, and every age group is taught to find ways to have a positive impact on the world. 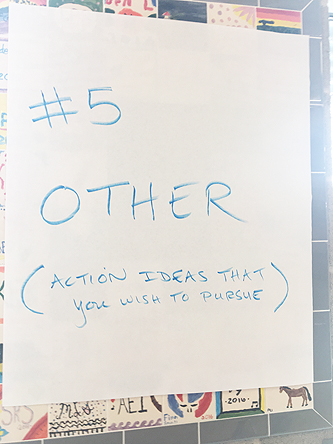 Middle School students knew they could look to their teachers for leadership on this topic. At last month's teach-in, they heard several teachers talk about their experiences testifying about gun safety at the Rhode Island State House and in various city halls.

And, for the past five years, the seventh and eighth grade handbell ensemble has participated, alongside politicians and faith leaders, in a moving and powerful vigil against gun violence. 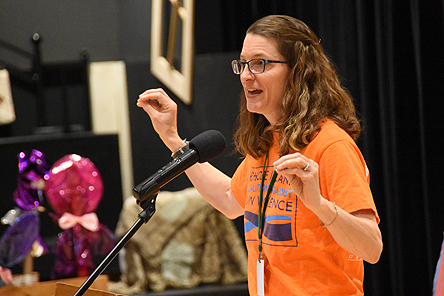 When she's not 'Coach Q', Sydney works with the Rhode Island Coalition against Gun Violence, and she gave a quick seminar on Rhode Island's gun laws and how they compare with other states in New England and nationwide. 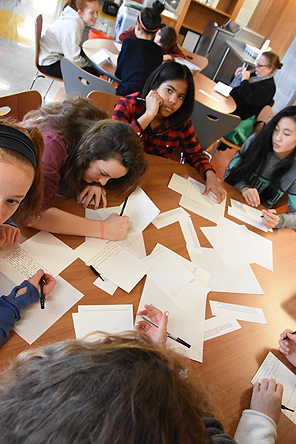 Then student moved to series of workstations, where they could choose an activity that resonated with them. 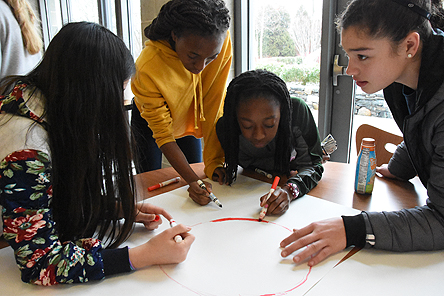 Some chose to bring their voices together. 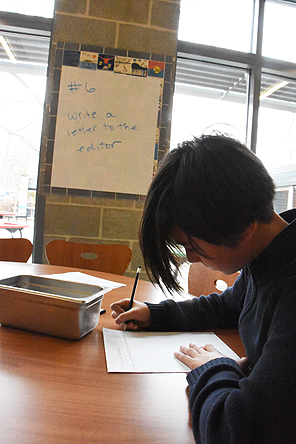 Some chose to work alone. 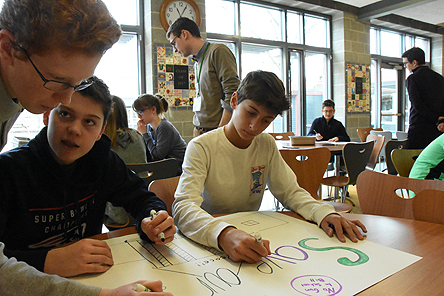 Some messages were loud and bright. 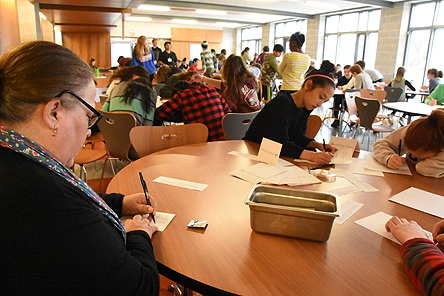 As the students worked alongside each other, some faculty talked about how Coach Q had finished her remarks.

The most important thing you can do as students, she had said, is to look out for one another. 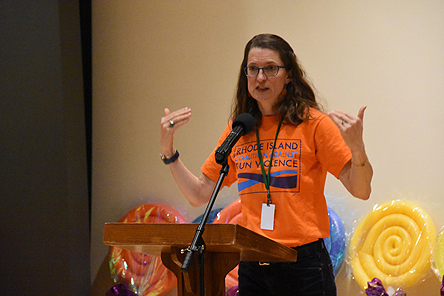 Pay attention to people who might be on the outside, and watch for ways to bring them in closer. 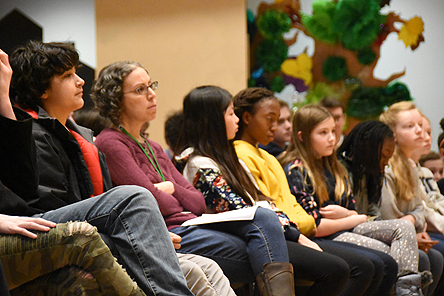 Make sure everybody knows that they are an important part of the group. 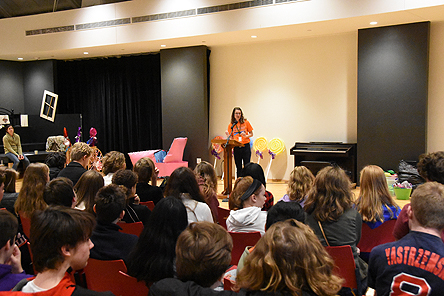 Find a way to let people know that you notice them.

It was a powerful message for a group of young people who are longing to make an impact.

Students had their voices amplified even further when ABC6 news came to campus to learn about the morning's lesson. Two eighth graders were interviewed alongside Coach Q and Health and Wellness Director Veronica Jutras for a segment scheduled to air tonight as part of the 5:30pm news.