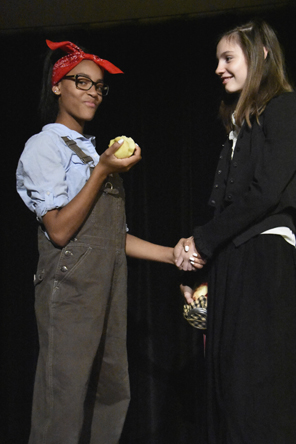 Holes was not the only Middle School production on campus last week. 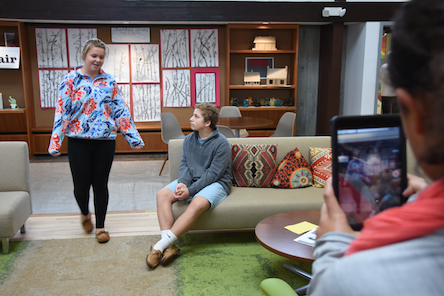 The eighth grade was busy performing Romeo and Juliet all over campus. 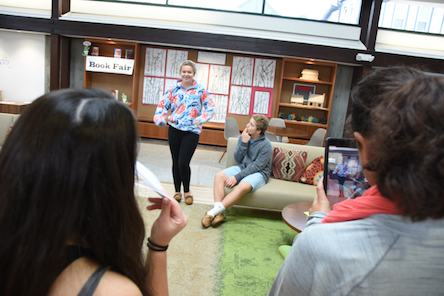 Back in October, as part of their study of the play, each student chose a monologue to memorize and perform. 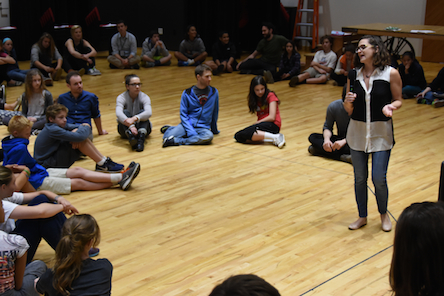 When the Brown University / Trinity Rep MFA students came to campus in November, they worked with the entire grade on the project. 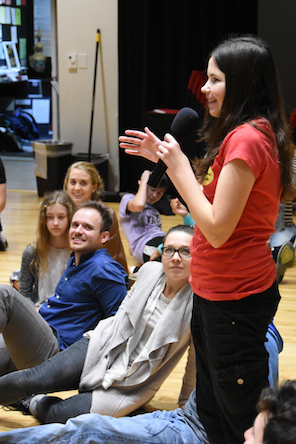 It was not a special workshop for the performing arts elective. 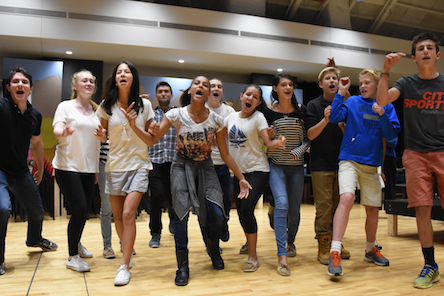 The MFA students did not ask for volunteers. 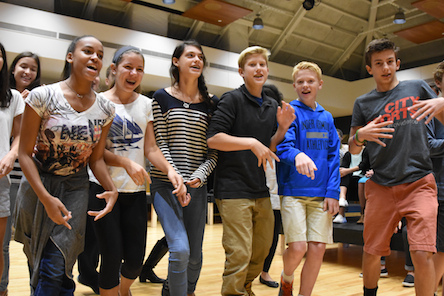 Every eighth grader was expected to jump into an intensive class that emphasized the physicality of Shakespeare’s work. 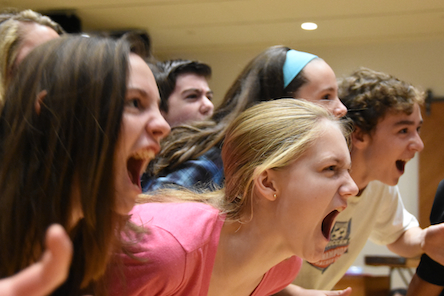 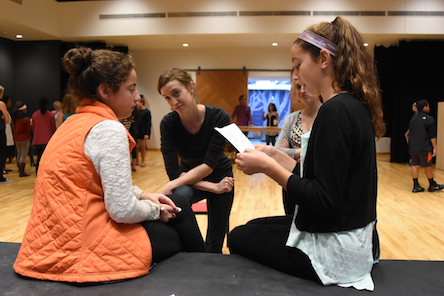 Then the students broke up into small groups. 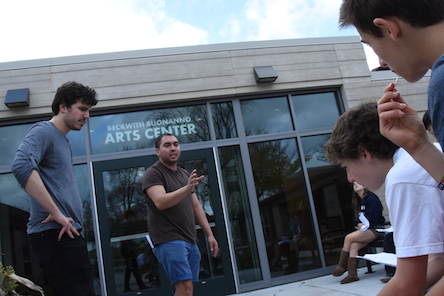 In courtyards and quiet corners, the eighth graders got to show off what they had done so far. 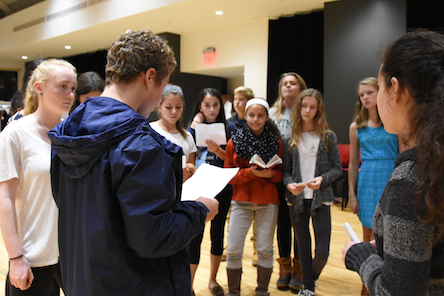 The MFA students - all training to be theater directors - got some direct experience in giving constructive feedback. 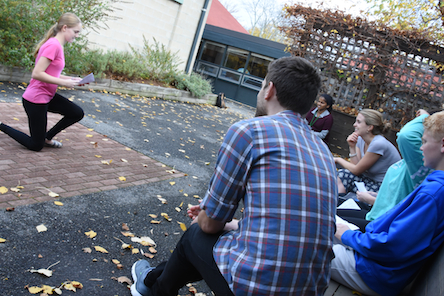 All of that work fed directly into the final performances students did for one another last week.
Each student got to choose their own setting.

(The Nurse's scene belonged in the Nurse’s office, of course)
They got to choose any costumes they wanted.

(They could even tear their own mustache off, if that was what was called for)
Between the Brown / Trinity Rep performances, and those of their peers, the Gordon students saw several takes on each of these scenes.
And each one of the students now has at least one passage of Shakespeare that will leap out at them, fondly familiar, whenever they encounter Romeo and Juliet.
more photos of the Brown / Trinity Rep students' visit
more on how to support the visual and performing arts at Gordon
Dream, Design, Do!
Sparing a rose to help others
Competitive academics heat up