Seeing books through an author's eyes 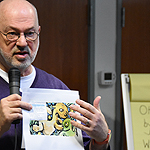 Before Mr. Howe left, the second graders had a surprise for him. 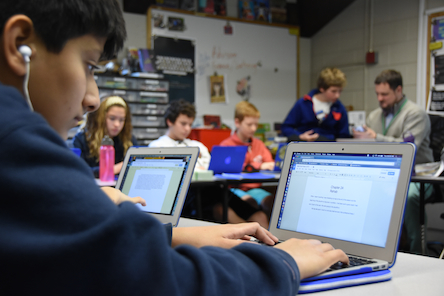 The seventh graders were finishing their novels. 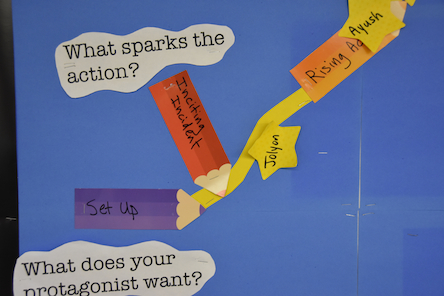 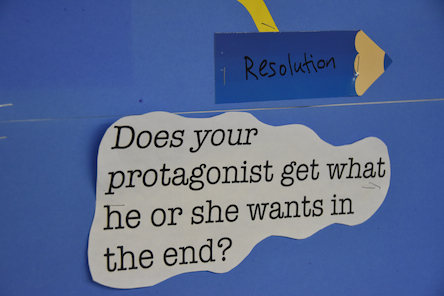 In the process, they had gotten very familiar with the architecture of an extended story. 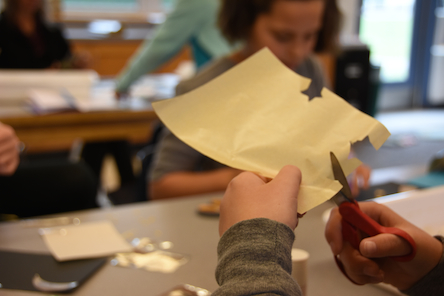 The fourth graders were working on their moon journals. 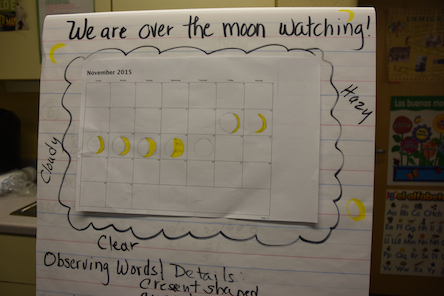 They’d taken the past week to log the moon’s changes. 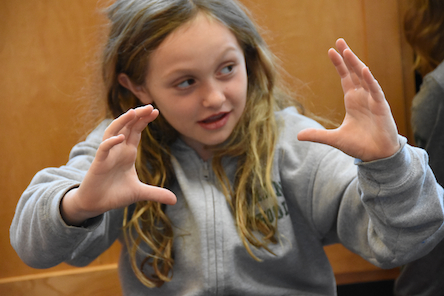 As scientists, they’d been careful to record only what they’d observed. 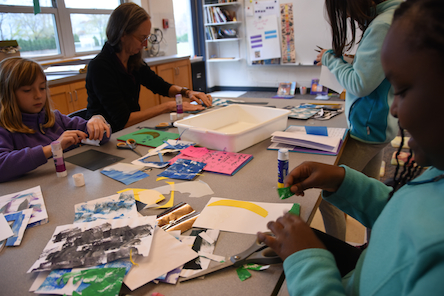 For today’s entry, they gave themselves a little artistic license. 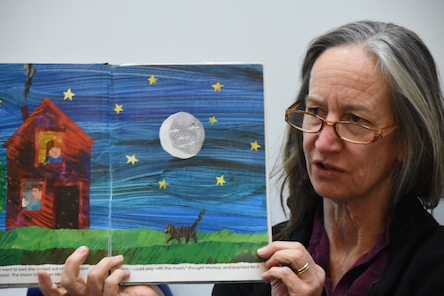 The technique was a knowing wink at Eric Carle's work. 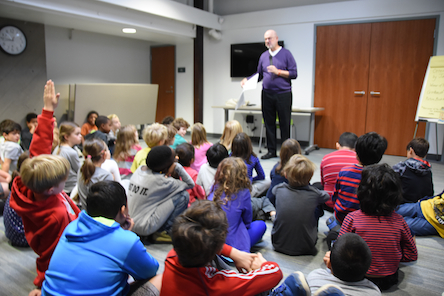 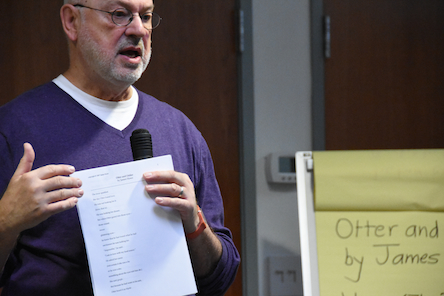 He walked them through the process of writing his picture book Otter and Odder. 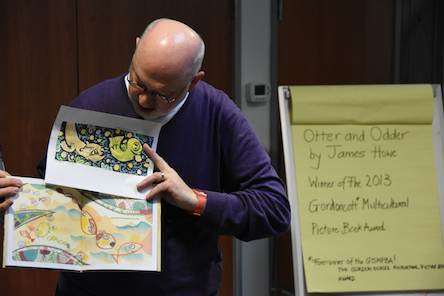 He generously opened his files, and shared with them all of his false starts and alternate ideas. 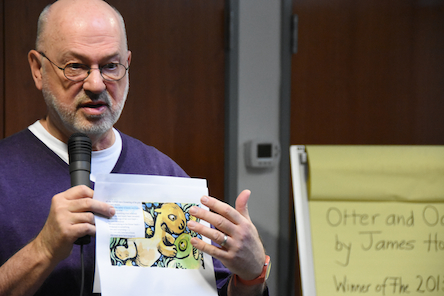 “Have you ever thought you were done with something,” he asked, “and then found out you had to start all over again?” 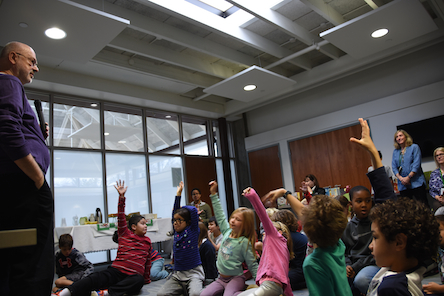 Before they finished, the students shared a surprise with him. 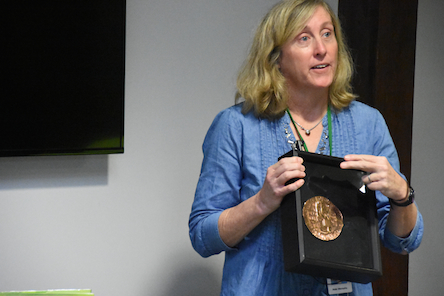 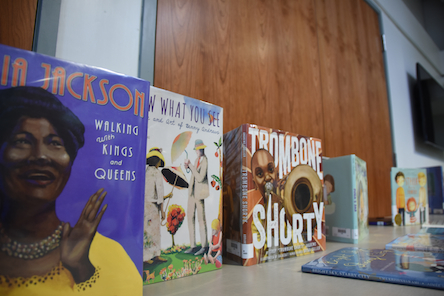 The award winner is chosen each year by the Gordon second grade, after a long process of critical reading and gradewide discussion. 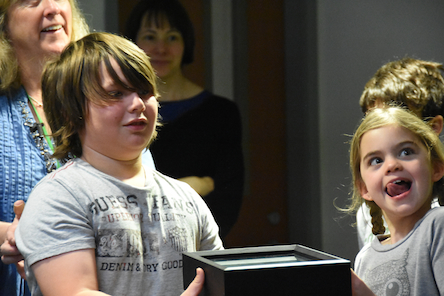 In recent years, librarian Frances Martindale has made a point of notifying winners, and their publishers, at the annual American Librarian Association convention. 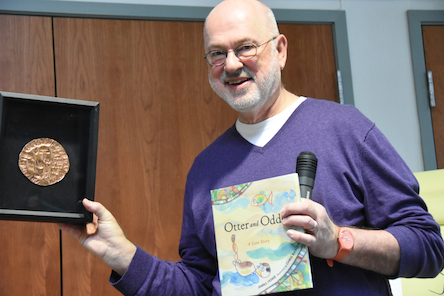 But this was the first time an author had been at Gordon to accept the award in person.
learn more about how to support the work happening in the Joukowsky Family Library every day
Craft and create
Jul 22 2022