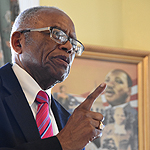 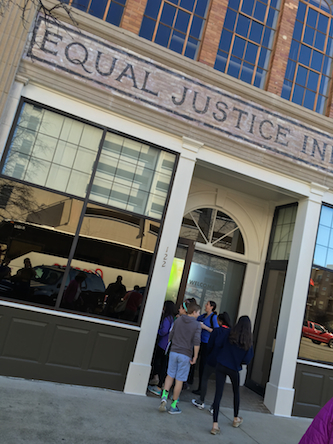 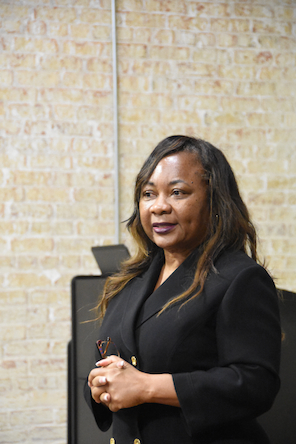 The morning’s presenters included Catherine Flowers of the Alabama Center for Rural Enterprise, who had connected with Gordon through Ted Widmer ’76. 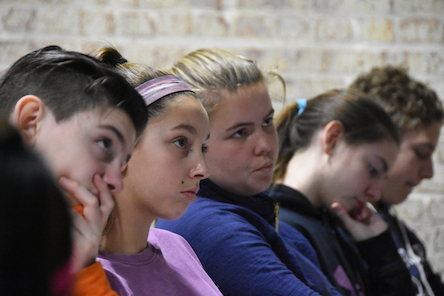 She is working on behalf of the homeowners of Lowndes County, Alabama, who are struggling to comply with ineffective and prohibitively expensive septic systems that make raw sewage a daily fact of life. 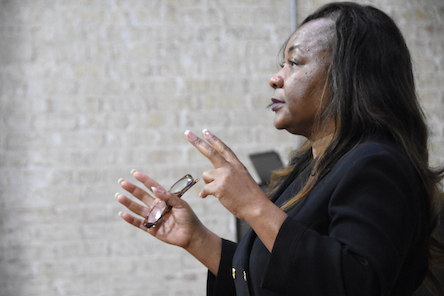 This infrastructure crisis, and recent flooding and warm weather linked with climate change, has meant that Lowndes County is now threatened by hookworm and other tropical diseases rarely found in developed countries. 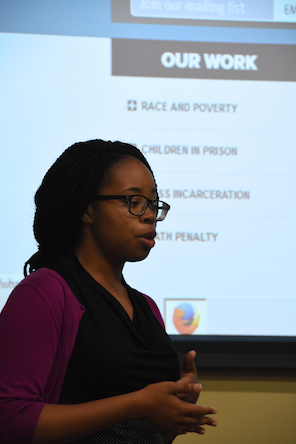 Between the EJI’s death row inmates and children in adult prisons, and ACRE’s impoverished rural communities, overrun with human waste, the students spent a good part of the morning hearing about some of the most marginalized populations in the United States.
The students also saw a five-minute news clip about Anthony Ray Hinton, a death row inmate who was freed after thirty years when the EJI legal team proved his innocence. 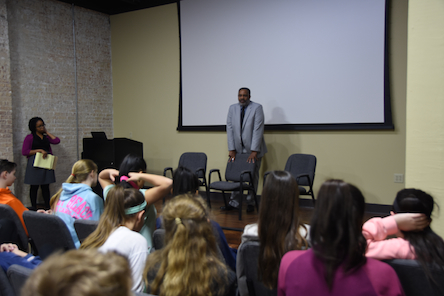 Then, in a breathtaking moment, Mr. Hinton himself walked into the room and stepped onto the stage. 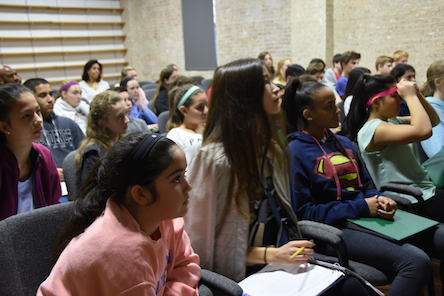 The video had followed him through his first days of freedom. 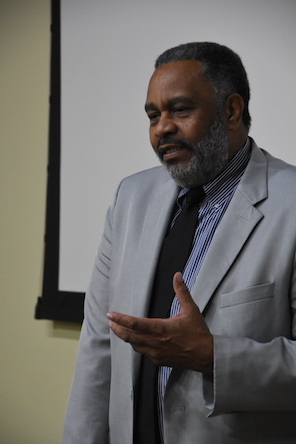 In person, he told the students the rest of the story. 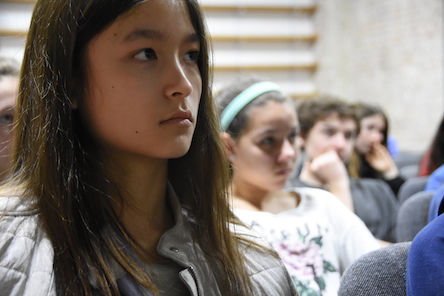 He began with the day two police officers approached him as he was mowing his lawn, and spoke quietly, to a hushed room, for the next half hour. 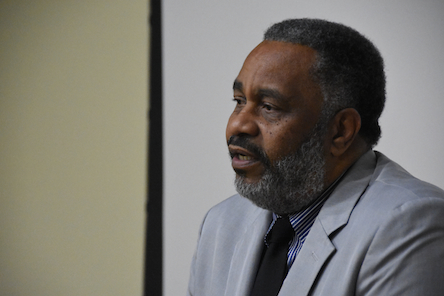 “I wish I could tell you I went in prison because of an honest mistake someone made,” he sighed. “But I cannot.” 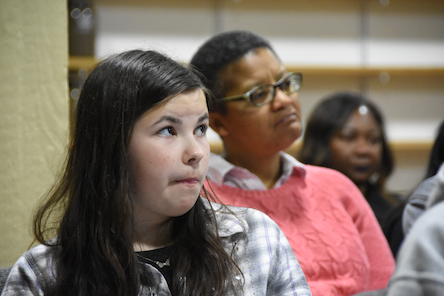 Then, through tears of frustration, he talked them through the racism and incompetence he experienced as he became caught up in the criminal justice system. 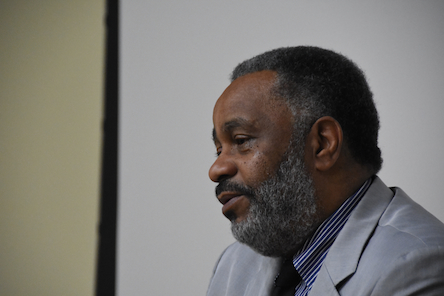 The EJI took up his case after he had been incarcerated for fourteen years, and it took them an additional sixteen years to free him. 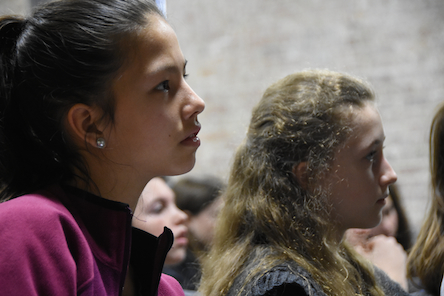 He had been released only ten months ago, and he spoke frankly about the hard work of getting accustomed to freedom. 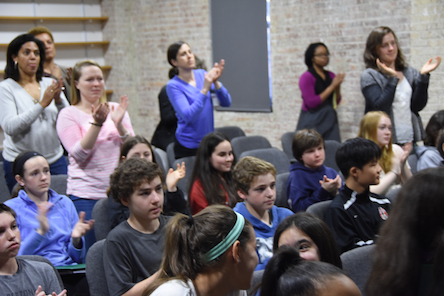 After a standing ovation, the students peppered him with questions. 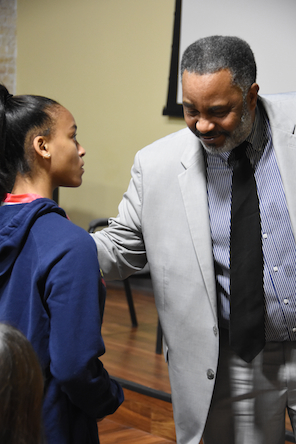 As one of the chaperones observed later that day, “I’m not sure that, when I was fourteen years old, I would have been capable of sitting face-to-face with a former death row inmate and have a conversation about race, and freedom, and forgiveness.” 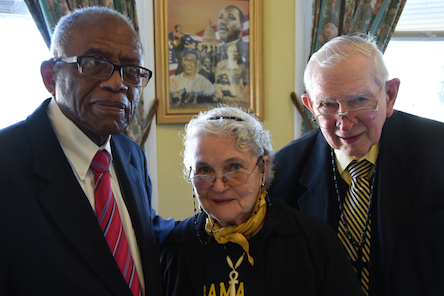 There were more once-in-a-lifetime conversations waiting at Odessa’s Blessing, where Rev. Robert and Jeannie Graetz and lawyer Fred Gray waited to have lunch with the students. 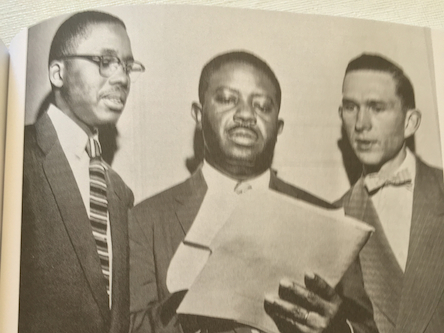 The three of them had been central figures in the 1955 Montgomery bus boycott: Reverend Graetz (above right) was Rosa Parks’ pastor, and Mr. Gray (above left) was her lawyer. 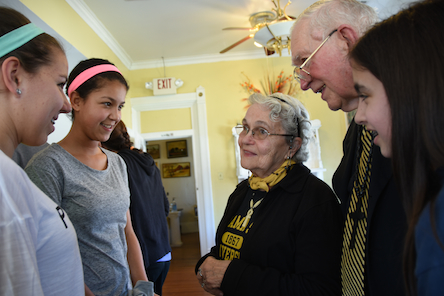 Throughout the trip, the students had been sizing up everyone they met as possible role models, asking about people’s job descriptions, their life choices, and their day-to-day experiences. 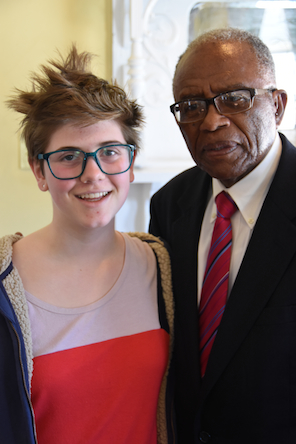 At eighty years old, nearing the end of a long career, Mr. Gray provided an excellent counterpoint to the young lawyers they had met at the Southern Poverty Law Center and the Equal Justice Initiative. 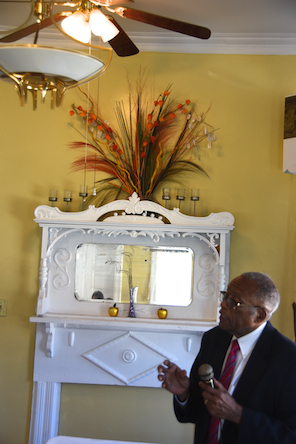 A student asked Mr. Gray if, beyond his legal work, he had participated in the marches and mass meetings of the 1950s and 1960s. 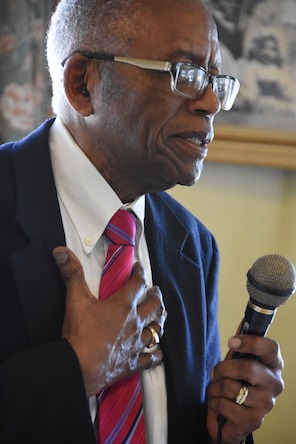 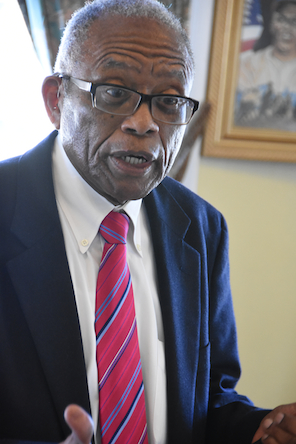 “I think it was important that the marches happened, and the speeches were heard, but what really changed things were the court orders. And that required plaintiffs to put their lives on the line. It required bright, imaginative lawyers to argue a case. And it required courageous judges interpreting the law the way they saw fit.” 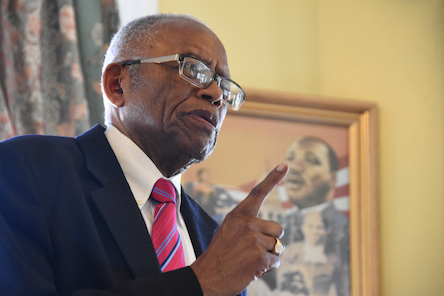 “The civil rights movement was a multifaceted process, that required all of these people.” 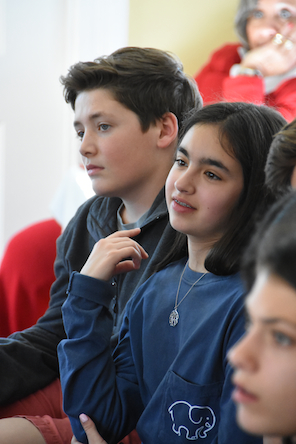 For these young people, eager to find ways to make a difference by using their own skills and passions, this was a message they were ready to hear.
dozens of more photos from day three, including the evening of roller skating at Starlight family fun center
back to day two
on to day four
more on Gordon's Civil Rights Trip at www.gordonschool.org/civilrights
Meet Dr. Ordoñez
Sep 23 2022

Middle School adventures in the forests, farms and seashores of New England