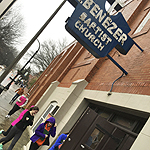 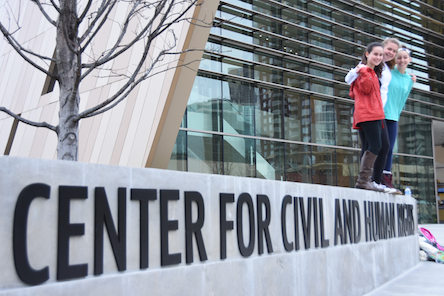 On the final morning of the fifteenth annual Civil Rights Trip, the eighth grade visited Atlanta’s Center for Civil and Human Rights. 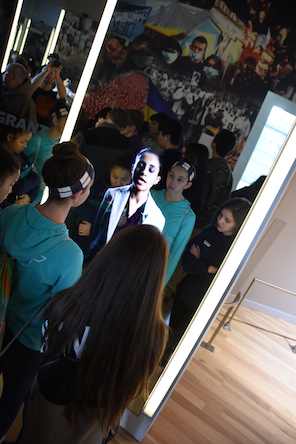 After the relative quiet of Selma and Montgomery, the swirl of tourists and school groups at the museum was jarring. 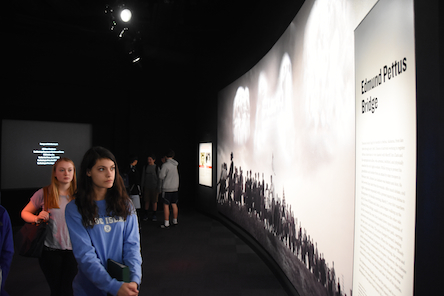 It was also disorienting to see scenes the eighth grade had just visited, framed and mounted on the wall. 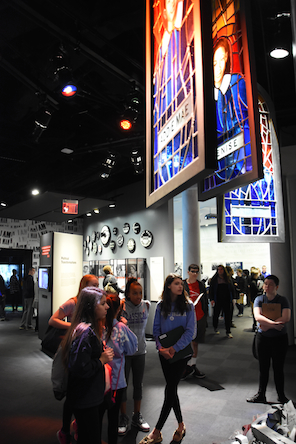 The exhibits included stories that this year’s trip was unable to cover. 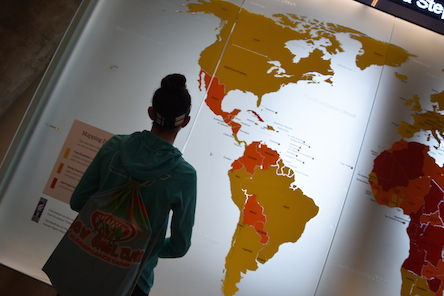 Those included stories from the Civil Rights Movement, but also from the struggle for human rights worldwide. 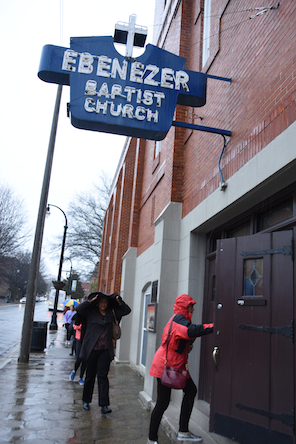 The last stop on the fifteenth annual Civil Rights Trip was the Ebenezer Baptist Church. 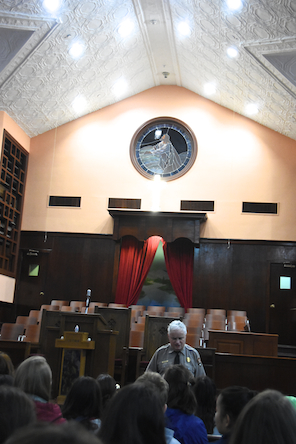 The eighth graders ducked in there to write down some final reflections while waiting out a hailstorm. 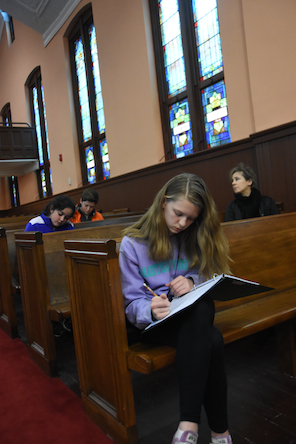 It was the church Dr. King attended as a child, and where his grandfather, and his father, served as ministers. 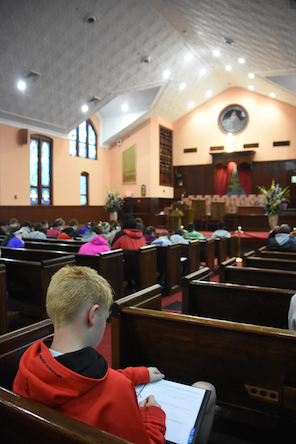 King eventually became minister of the church, and, after his murder in 1968, that was where his funeral was held. 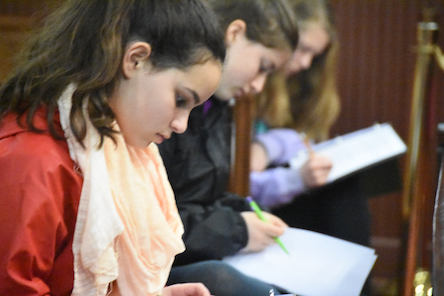 It was a fitting end to the eighth graders' study of a movement that, as Reverend Graetz had reminded them the day before, “had begun as a spiritual movement.” 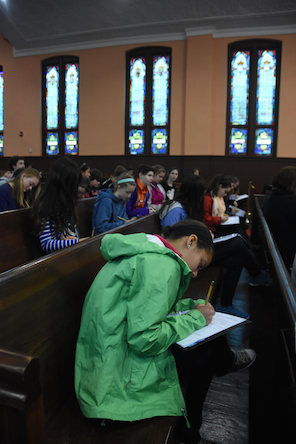 At lunch earlier that day, students had reflected on the fact that all of the people they had met had had essentially the same message. 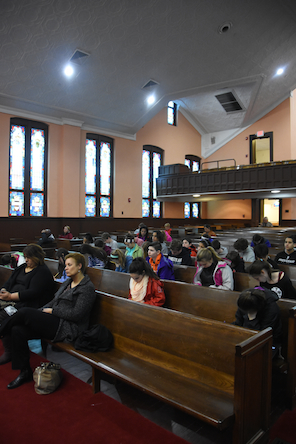 From the young lawyers at the SPLC to Mr. Fred Gray, and from the Selma witness Cheyenne Webb-Cristberg to former death row inmate Mr. Hinton, all of their hosts had told them bluntly that it was their responsibility to become the next generation of heroes. 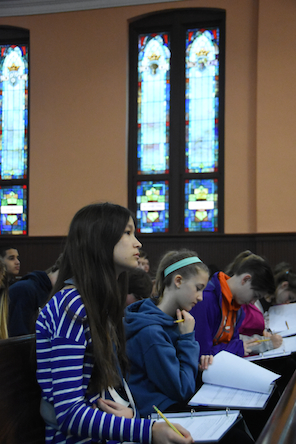 They still have a lot to learn, but after this trip, this group—and the fourteen other Gordon eighth grades who came before them—have a clearer sense of what exactly is being asked of them.
dozens more photos from day four, including the lunch at The Varsity
back to day three
more on the Civil Rights Trip at www.gordonschool.org/civilrights
Gordonians in the spotlight
Dec 3 2022

For the sixteenth year of the Karla Harry Visiting Author program