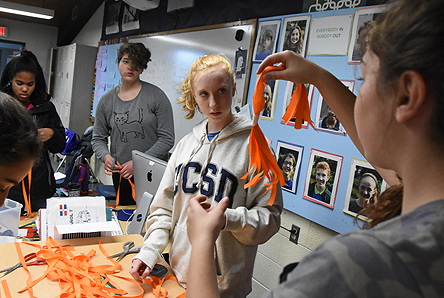 On Friday, April 20th, Gordon students will be among the thousands of students nationwide who are recognizing the nineteenth anniversary of the violence at Columbine High School in Colorado.

The eighth grade has organized a walkout for Middle School students, to take place during long advisory. Fifth, sixth, seventh and eighth graders will assemble on the athletics fields for five minutes of silence, followed by a short poem.

The Middle School event is part of a nationwide student walkout protesting gun violence. The student-led effort follows up on a seventh and eighth teach-in held immediately after the violence in Parkland. 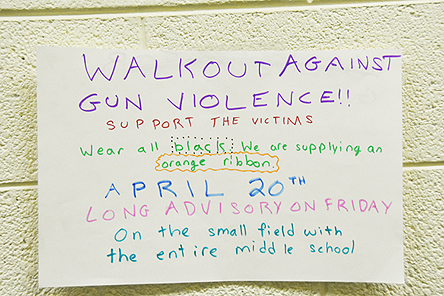 When asked what they wanted parents to know about the walkout, eighth graders responded:

It is very organized and supervised.
We are not leaving campus.
Middle School students are encouraged to wear black.
It is not mandatory, and students can opt-out and go to a supervised study hall.
The eighth graders are very aware of their role as leaders in the school, and the importance of being respectful.

Before the walkout, fifth and sixth graders will meet with Sydney Monstream-Quas of the Rhode Island Coalition Against Gun Violence. An alumni parent and athletics coach, 'Coach Q' met with seventh and eighth graders as part of the February teach-in.
Meanwhile, in fourth grade...
The national conversation since Parkland has been as much about student empowerment as it has been about gun violence. Fourth grade teachers have picked up on that theme for a teach-in on Friday morning. Through a workshop with guest musicians, and research into child activists around the world, students will spend ninety minutes exploring how young voices can make themselves heard.
Education and equity
Quarantine collaboration
International climate activism comes to Gordon