A world premiere in Lower School 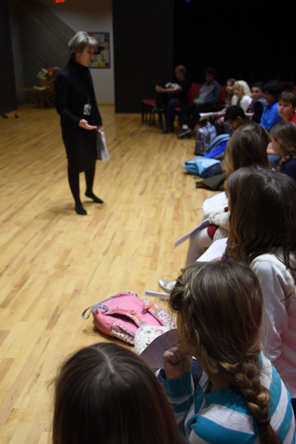 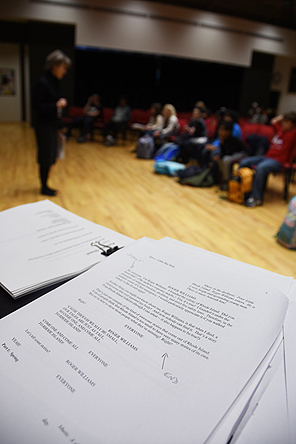 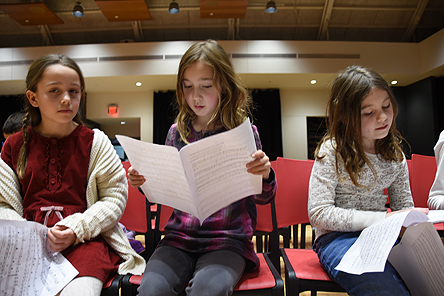 The show is based on a series of semi-historical folk tales from Rhode Island history. 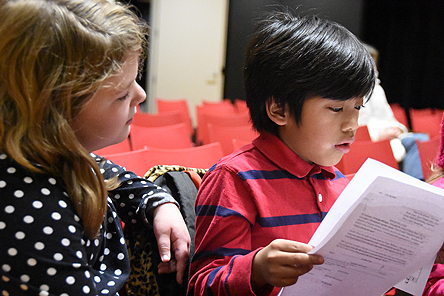 The tone of the script is light, but this is provocative subject matter for these students, who study the European colonization of New England throughout third grade. 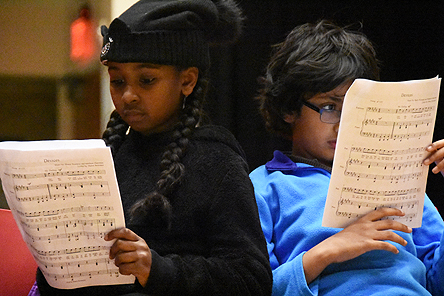 The idea of writing for Gordon was suggested by Wilson’s mentor, Deborah Salem Smith, a Gordon parent who is also Trinity Repertory’s playwright-in-residence. 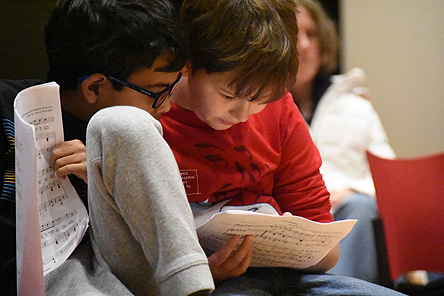 This opportunity to produce a new script, fresh from the author’s hands, is a natural next step in a series of exchanges between Gordon and the Brown / Trinity program. 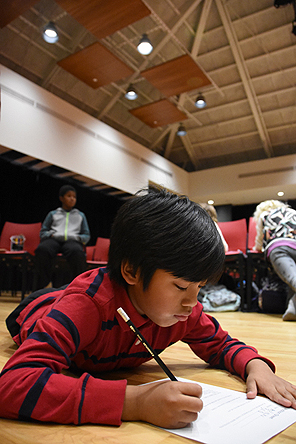 It is also a reflection of a long-standing approach to literature at Gordon, where teachers seize every opportunity they have to demystify the writing process. 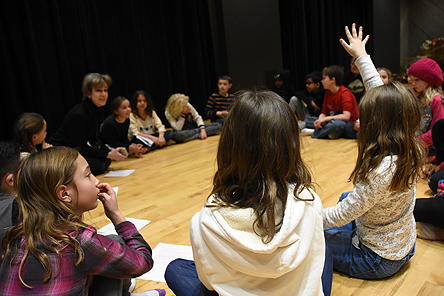 Every year, in all three divisions of the school, students find their own voices in book-length assignments, from Kindergarten picture books to the seventh grade novels. 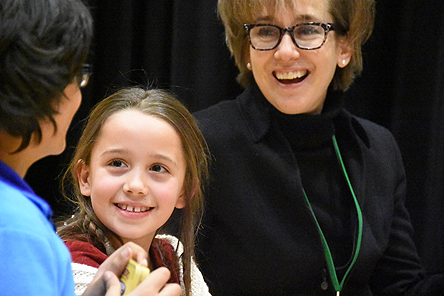 In the process, they get first-hand experience in what it means to be an author. 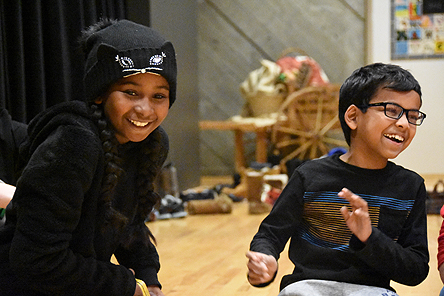 Writing for the stage is included in these lessons. 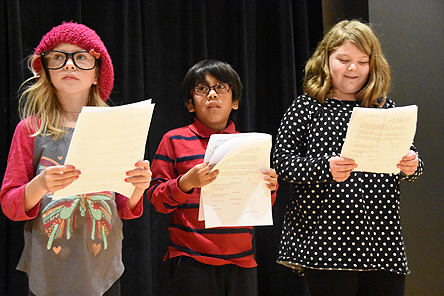 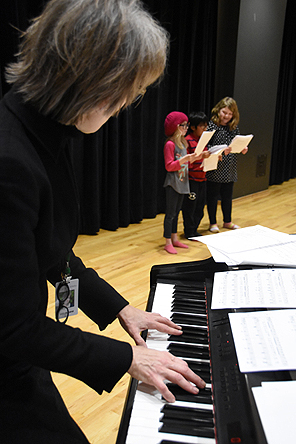 Through Gordon's Karla Harry Visiting Author program, many of them have already had the experience of performing a script while the original author sits in the audience. 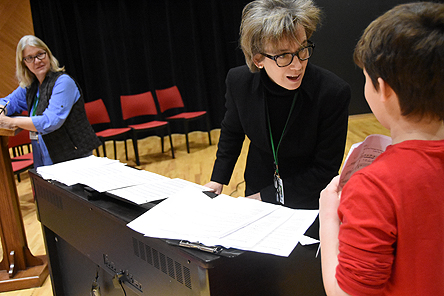 So, while Mr. Wilson is not going to be on campus for every rehearsal, these students were already thinking about him. 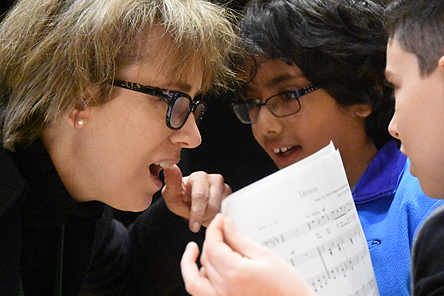 Even in the first readings, during the first auditions, students were asking questions about what it would mean for the Roger Williams character to claim he “founded” Rhode Island. 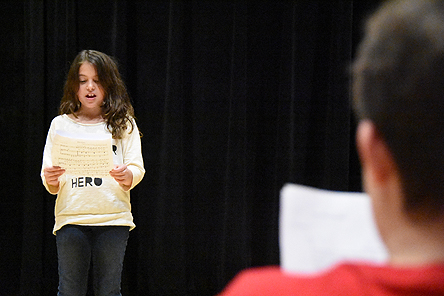 There are interesting conversations ahead. 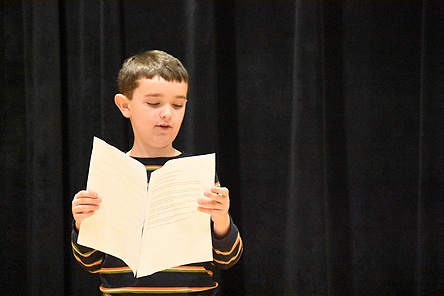 But yesterday, the third and fourth graders were content to stay in the moment, and trust in the process. 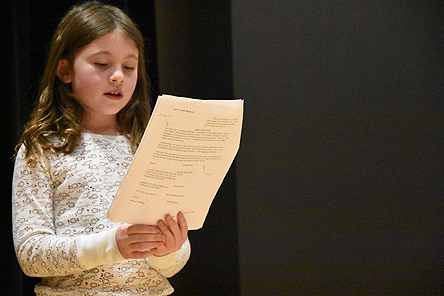 They filled out their audition sheets with care. 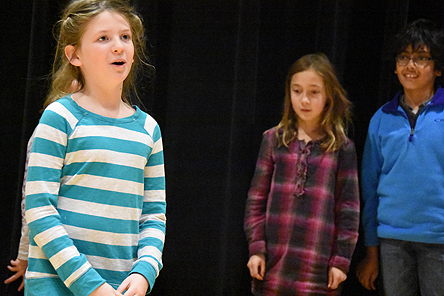 They threw themselves into their warmup games. 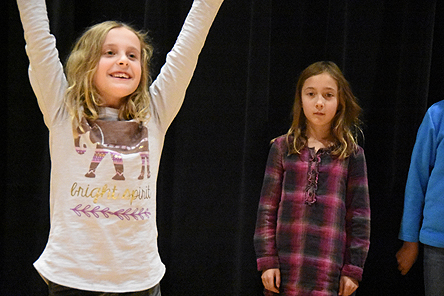 They gave their all when the spotlight was on them. 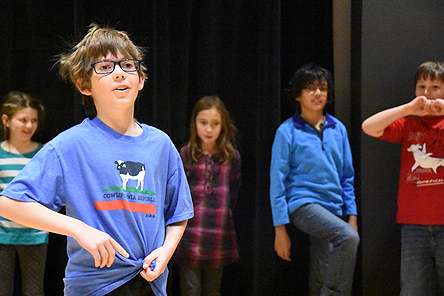 They cheered on their classmates as they waited their turn. 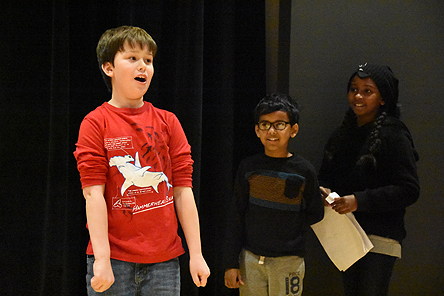 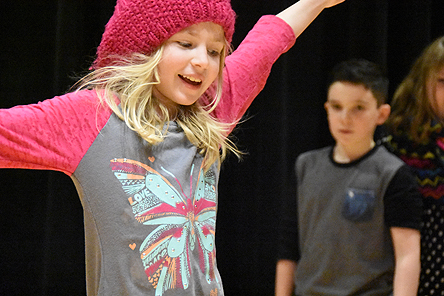 ..and they left the audition understanding that, as with any creative project, no one will really know how it will turn out until the process is complete. 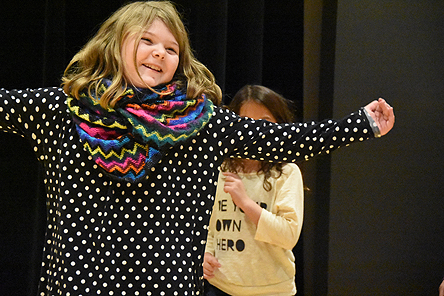 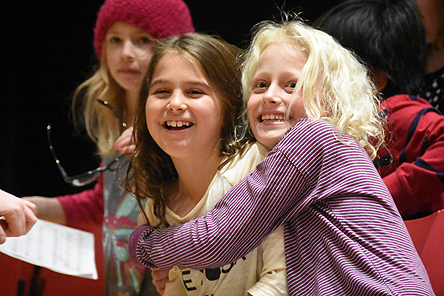 Learn more about how to support visual and performing arts at Gordon
Dream, Design, Do!
Sparing a rose to help others
Competitive academics heat up